Matías Allende: "I am finishing the edition of the sixth issue of Remanente magazine"

The curator and art historian is working on the last details of the sixth edition of the magazine Remanente, which is based on one of the Molinari Graphics. This edition reflects on the current situation, the relationships and criticisms that arise from the pandemic. In addition, he tells about other of his projects and the impact of the confinement on his work.

Do you have plans for a new curatorial project?

I would like to make and retake an exhibition with two young artists, Benjamín Urzúa and Amanda Hansen, who reflect on the city and the contemporary, super current social contexts. On the other hand, I am conducting research that could lead to a curatorship on Venezuelan artists of the 1940s. Both projects come from long-standing concerns, research, but the exhibition with Benjamin and Amanda was going to be held this year and had to be postponed due to the pandemic.

What projects are you with today?

I am currently finishing the last details of the sixth issue of Remanente magazine, which works with the archive produced by Gráficas Molinari. This was a chromolithography printing company created in Santiago of Cali, Colombia, which was founded by a kind of compiler of various archives on world visuality. Generated from Colombia, they began to be sold within the Latin American popular governments, from Panama to the north of Chile, having a very large impact on the Molinari Graphics.

Remanente invites an editor to work with one of the graphics to reflect on it and the symbolic openings that can be made from that image. I invited a number of artists and writers, no less, which has been a lot of work, but of which I am very happy. To be precise, there are seven writers and six artists. I think it has been one of the jobs that I have liked the most in my career as a curator.

When is this edition of Remanente published?

If all goes well and the pandemic is in line with us, the sixth issue will come out at the end of October this year. The writers have already submitted their manuscripts, the artists their works and now we are with editorial and design corrections. As this is a physical magazine, we have to wait for the publishing houses in Bogotá to open.

"This sixth issue of Remanente seems to me to be something very beautiful and symptomatic of the times we are living in. It is a project that was conceived within the glow of the global pandemic"

What do you expect from this project?

This sixth issue of Remanente seems to me to be something very beautiful and symptomatic of the times we are living in. It is a project that was conceived within the glow of the global pandemic. It reflects on the living conditions in this context, but particularly the openings of Latin America with the East at the time of conception of all xenophobic discourses, where it was assumed that the pandemic had Asian origin and where they were finally blamed for being responsible for this world chaos.

It seems to me that both the works of art and the texts that will accompany the publication are produced within the framework of these discussions and return to rhetorics that are very much from the first half of the 20th century. Being conceived at a specific time and being a pandemic that is not over yet, I hope that it will eventually be considered as a legitimate archive to see how we approach a circumstance that I hope will be exceptional for all of us who were born in this period. 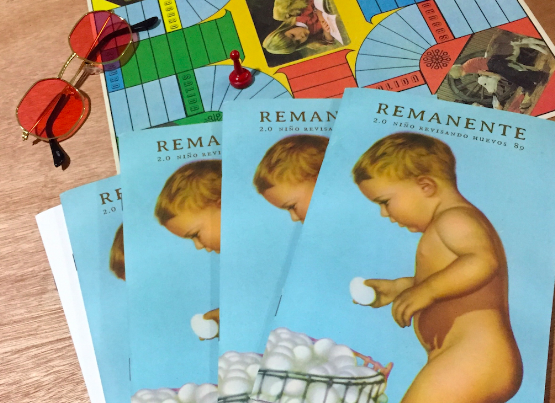 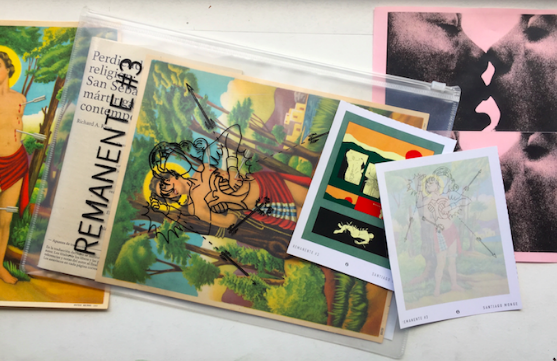 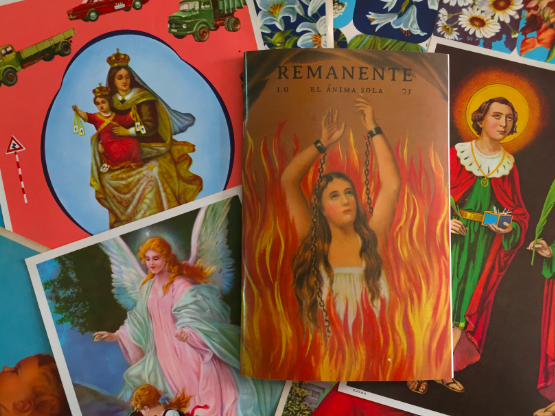 What have been your works that you stand out the most?

I am very fond of all the projects I have been involved in and I have loved working with all the people who have done it. But I think that my most recent institutional exhibition, Nemesio Antúnez Panamericano, is an exhibition that I have great affection for because it channels many of my current particular interests, which is the relationship between political and cultural history. I believe that the figure of Antúnez is so paradigmatic that it has allowed me to enter a very particular period in the history of the Cold War and relations with Latin America. In addition, the MAC collection seems incredible to me. I don't know if it is the best but it is one of the best collections of contemporary art in the country and it is a pleasure to be able to access these pieces.

The other work that has also been very important to me was the Ad Minoliti solo exhibition that we did for the now defunct Metales Pesados ​​Gallery. It was an exhibition that I really enjoyed because Ad is an artist who for me is very inspiring, I like her way of thinking, of proceeding artistically. I think she is very sincere and outlines a series of visual and political reflections that sit very well in her work, and the truth is that her wanting to work with me in Santiago was and is an honor. I am very grateful to have made that exhibition.

Do you have any plans for after the quarantines are over?

Ready, ready, no. We had this exhibition engaged in the Barco Gallery with Benjamín Urzúa and Amanda Hansen that I would eventually like to be able to schedule some time. There are other projects that have not reached port, in terms that I have not looked for a place either because the truth is that we do not know when the pandemic is going to end, so I do not want to commit or get excited about dates when we do not know when we will be able to use in a normal way cultural spaces.

How has confinement influenced your work?

I have been fortunate to have gone on to this work which, rather than being a curatorial one, is an art magazine edition, which we are doing with Remanente. It was quite stimulating and hopeful because everything went through the computer and through a lot of feedback from the artists and writers, but the presence was not needed. In fact, I will not even be present during the printing of the magazine, which is printed in Bogotá, Colombia.

In addition, I have to study a lot for my postgraduate degree in Latin American studies, so my life did not change so much, except in the face-to-face projects and exhibitions in the classic way of conceiving it, which of course were stopped.

"I like to read the sociocultural dynamics of the twentieth century more than works of artists per se, since it is a very fun and particular century to study"

What are the topics that inspire you the most?

I do a lot of work on the relationship of current art production and certain long history patterns. Patterns that one can detect that exceed specific historical frameworks and how works can disrupt canonical readings regarding the cultural, but specifically political, history of Latin America. That is what interests me. Therefore, although I work a lot in current art, I am interested in conceiving the journey of the 20th century in Latin America as a whole, where different moments of inflection can be seen within continental history and the impact of world events in the context Latin America. Therefore, to be honest, the history of art by its own is not something that interests me particularly or more than political, institutional, or intellectual history. I like to read the sociocultural dynamics of the twentieth century more than works of artists per se, since it is a very fun and particular century to study.

An alliance between Ch.ACO, FAVA and Matucana 100: “Agorafilia: Women Creators” is coming

Sebastián Errázuriz: "It is important that the community of artists in Chile can go digital"